You have 0 products in your cart
Total: 0.00€
MENU
Preface by the Author to the English Edition

Preface by the Author to the English Edition 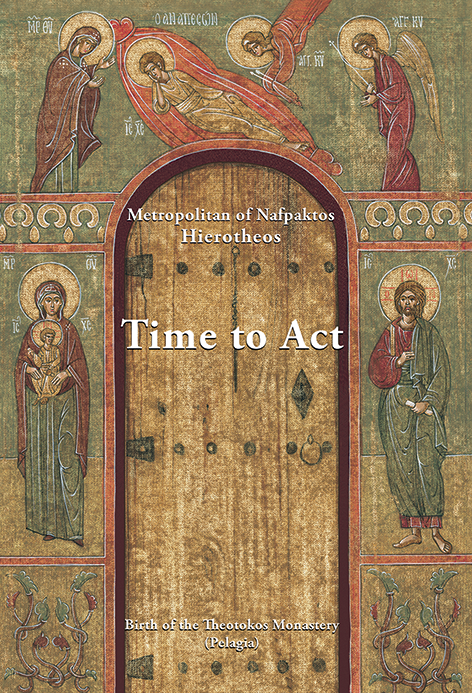 The book Time to Act, which is published here in English, was published in Greece at the end of the twentieth century. It brings together talks that I gave at various Conferences and which illustrate the dialogue between the Orthodox theo­logical tradition and the diverse philosophical and religious trends that enter Greece from time to time.

I noticed that the different philosophical and religious currents that were coming to Greece from the West and the East were creating problems for many Christians. For that reason, dialogue on the subject was needed to reveal the distinctive perspective from which Orthodox theology approaches the issues raised by these philosophical and religious tendencies from outside.

For example, many people today talk about the inner life, inner prayer, God and humanity, the soul and eternal life, and so on, and answers had to be given from the point of view of Orthodox theology. This is how the Greek edition of the book came about. The title Time to Act signified that this tradition possessed by the Orthodox Church should also be experienced by those Orthodox Christians who may be ignor­ant of it, lest they be misled by these alien trends.

This book has been translated into English with much inspiration, love and knowledge, and is offered to our fellow Christians, Orthodox and non-Orthodox, living in the Western world, so that they can see this inner dialogue between Orthodox theology and other philosophical and religious points of view, and also the teaching of the Orthodox Church on these serious subjects.

What is more significant is that, whereas the chapters of this book were written to counter the various trends coming into Greece from the West, now that they have been translated into English they are moving in the opposite direction: they are going out from Greece to the East and the West to encounter all those who are interested in these inner issues that concern people in every era wherever they live in the world.

I feel that the holy Fathers of the Church saw the real problems that trouble people in every age regarding their encounter with God, the true God, and they expound the way and method by which to acquire union with Him. Human beings are always hungering and thirsting for God’s righteousness (Matt. 5:6).

These subjects have continuously preoccupied people throughout history, because they want to acquire true faith, hope and love. They long for inner freedom and desire to overcome death and share in eternal life in Christ.

I glorify God for the translation of this book into English. I thank the Birth of the Theotokos Monastery (Pelagia), which has published it, and I thank you, the readers, who will take part in this dia­logue between Orthodox theology and other philosophical and religious traditions in the desire to learn the Church’s theological tradition of spiritual vigilance.

Written on the
8th November 2020,
the Feast of the Holy Archangels
Michael and Gabriel,
in the Bishop’s Residence in Nafpaktos